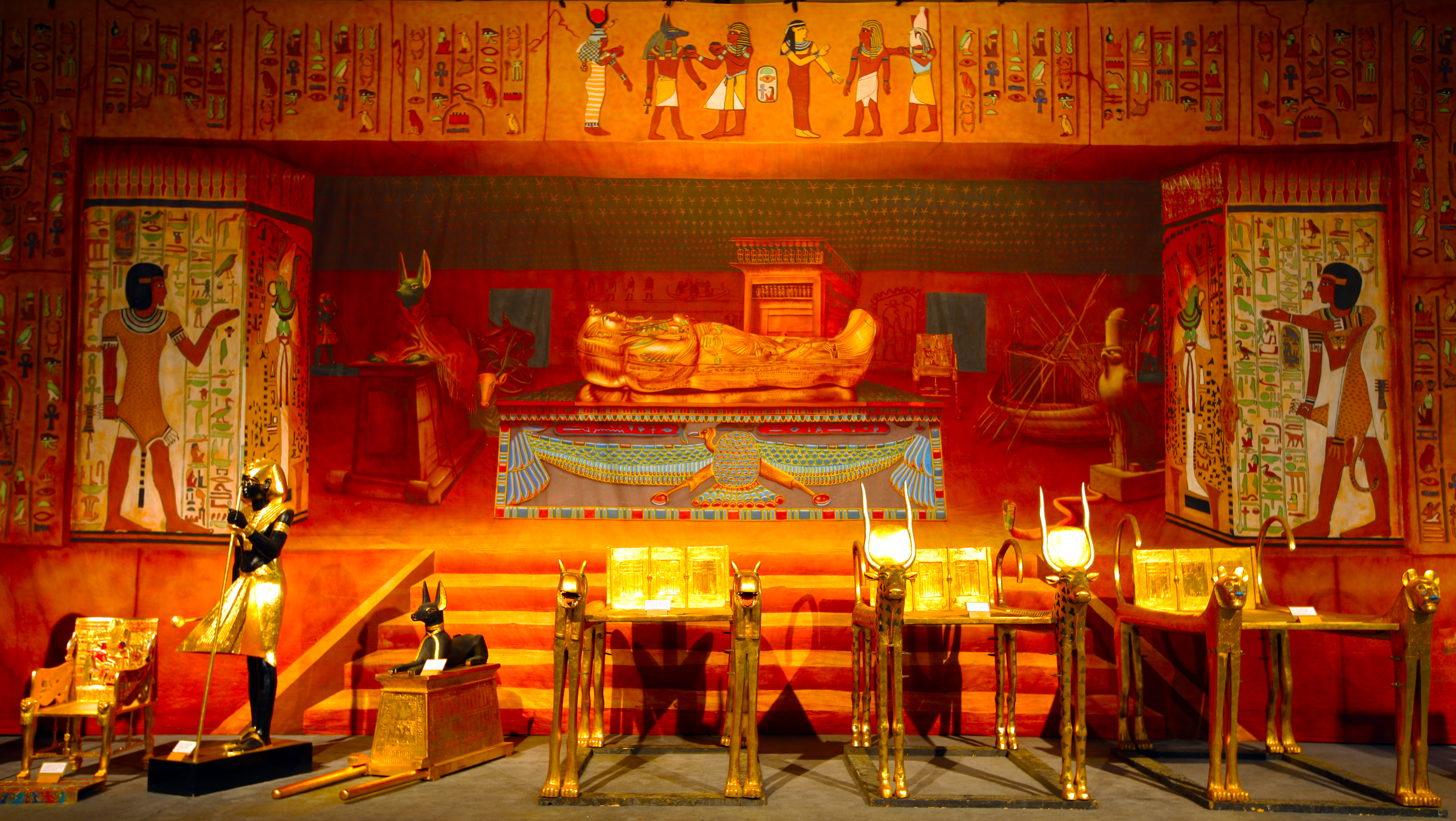 Thirty 12” x 18” reproduction panels of the Fayum Oasis Mummy Portraits
with replica Mummy Case of Artemidorus
“The eyes tempt us to imagine,” the archaeologist John Prag remarks, “that we can literally and figuratively come face to face with the past.” For John Berger, “the Fayum portraits touch us as if they had been painted last month.”
Nestled in the fertile Fayum Oasis just south of Cairo and formed of Nile mud carried by the Bahr Yussef tributary, “the waterway of Joseph,” ending at the ancient basin city of Fayum, these classical funerary portrait panels found in tomb cave necropolises were formed by a fusion of Greek encaustic paint, Roman realism, and Egyptian mummifying rituals marking the Greek and Roman occupation of Egypt while ushering the Coptic Period.
Painted in Egypt during the Greco-Roman Period and discovered by the pioneers of Egyptology in the late 19th century, these mummy portraits caused a global sensation because of the contemporary artistic style, state of preservation, and unique individual characteristics on display in each portrait.
Egyptian egg based tempera paint and Grecian encaustic, heated beeswax mixed with colorful pigments brushed on imported wooden panels (cedar, oak, pine and limewood), mask the faces of the deceased, these likenesses provide us with mysterious portraits originally entwined in the wrappings of the mummified dead to impersonate the individual contained within. Decorated with gold leaf to commemorate bereavement, these portraits were employed by the noble, wealthy and elite, as well as those less fortunate, these unique individuals are adorned with jewels, tiaras and fine fabrics embodying the oldest two-dimensional portraiture in existence.
Over 900 panels have been unearthed from the Fayum necropolis, many of the originals residing in such museums as the Louvre in Paris, the British and Petrie Museums in London, the Metropolitan and Brooklyn Museums of New York and the Cairo Museum in Egypt, to mention a few.
Meticulously reproduced in the method of the originals and mounted on gallery walls with the Mummy Case of Artemidorus as the plat formed centerpiece, this dazzling array of Fayum portraits affords the viewer an opportunity to gaze directly into the large mysterious eyes and contemplative lifelike expressions featured by the men, women and children of the FACES OF FAYUM, a legacy of the dead left behind for the living.